I’m sure you’ve seen all those Mod Podge do-it-yourself wrapped canvases in places like Pinterest, and not that I am against Mod Podge, but I redid this craft without that wonderful craft product of the 90’s.

For those of you that do not know what I am talking about-possibly you were a wee bit busy when the plastic swans came to the scene in the craft world(or afraid of them) and we would cover them with colourful paper and Mod Podge then store our toilet paper or towels in them ?? well Mod Podge is like a glue that dries to a pretty durable finish in a variety of sheens…remember when there was only one sheen;  Sticky Gloss??

Anyways, had my fill of Mod Podge esp. since I worked at two craft stores in the 90’s.

So I modified the DIY wrapped canvas..I am sure someone out there has already thought of it and I am not claiming to be the first just wanted to show how quick and easy and realistic it looks. 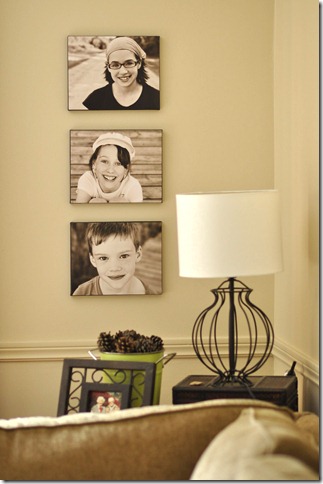 Let it dry-which took about ten minutes..a dryer would have sped up the waiting time, but I started dinner while the paint dried!

Spray a very liberal coat on the canvas-I used plastic gloves so I did not get sticky-that spray glue can be potent stuff too so do it outside or a well ventilated area!

Make sure you get the edges so you can wrap the print down firm.

I took the gloves off so I would not smudge the prints with glue residue…but if you put a clean piece of paper overtop the print and smooth it down-pressing firmly on the edge the print will adhere nicely!

Now if you were doing the Mod Podge version you would put another coat of Mod Podge overtop-which can streak and it just takes longer.

I had hung my pictures up 15 minutes tops from start to finish! 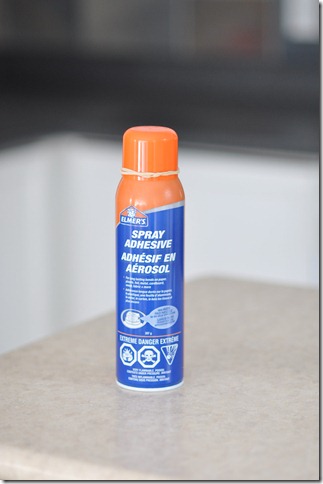 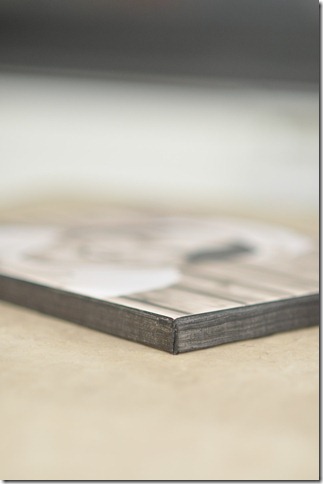 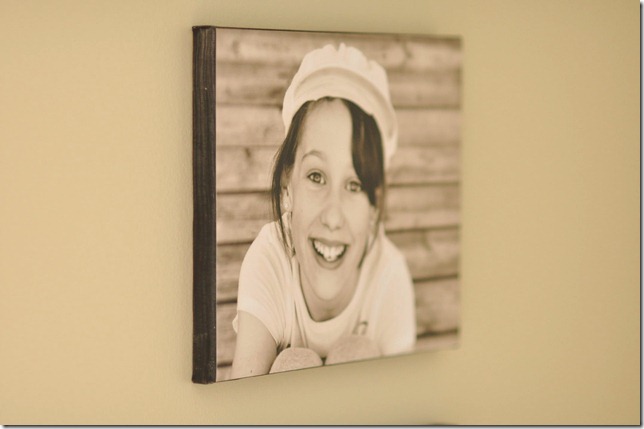 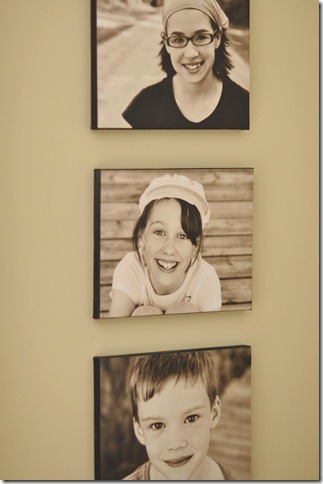