The impact colour makes in photography

I am not a fashionista (is that even a word?) but I do know tons about colours and what they do to a space or to a photograph.  I wanted to show you how colour can make your pictures pop, set a tone for the photography and compliment your subject all at the same time! 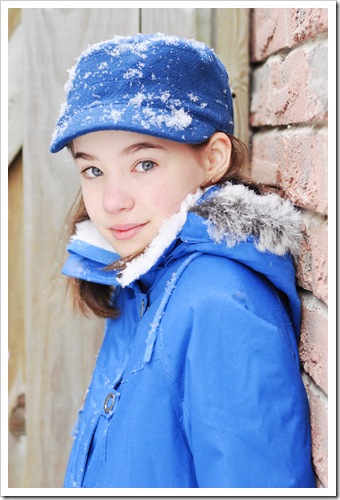 Sometimes the clothing you wear can really bring out your eyes or can blend with your eyes.  Blue is usually considered a cool colour in tone so as my daughter's cheeks warm up in colour (getting pink outside in the cool morning) it actually brings out the cool blue in her eyes.  The coat and hat also “frame” her eyes so they stand out even more.  Now when I put her against the “warmer” tones of the fence and brick wall it compliments the coolness of the clothing and eyes… 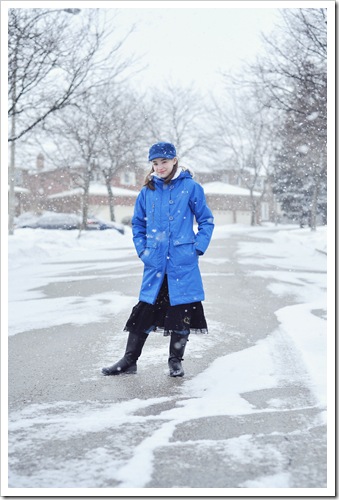 (this picture is SOOC)

Again blue is a cool colour and I set my white balance to a cooler colour also so the blue tones in the snow and street would come out so there is a more monochromatic feel to this photo..I wanted it to feel cool, and show the winter colour early in the day.  (which tends to be cooler then also)

I wanted a similar “feel” to the following photo’s also… 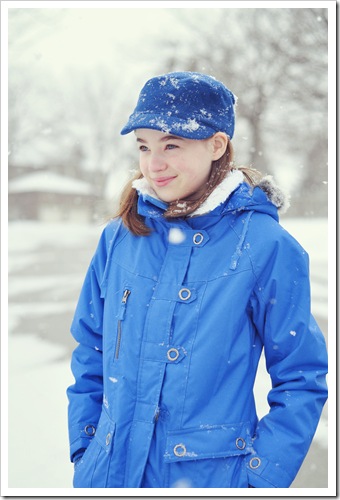 I wanted it to feel slightly different yet still cool in tone.

The time of day, where the sun is in the sky and season play a big part in setting a”tone” to your photograph.  Winter leans towards the cooler tones especially on an over cast day like this one was. 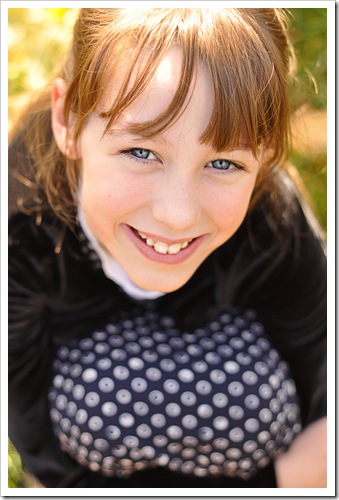 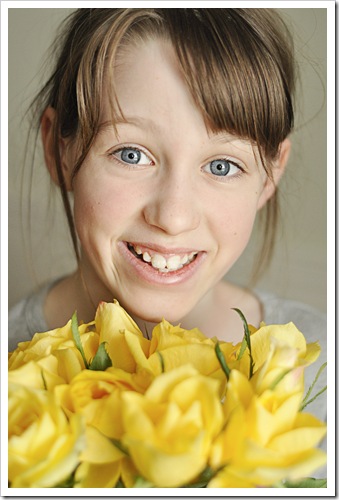 Same child, two different seasons and time of day and outfits in two different colours-no colour editing was done to either photo..

The left picture was shot in the fall afternoon-sun is warmer in tone at that time-plus she is wearing darker colours in the blue and blacks which really made her blue eyes to stand out.

The picture on the right was taken in the winter by a northern window so the sun had moved away from that area and she is wearing grey and the background is greyish..which brings out the grey that is naturally there in her eyes.