A Christmas Wedding done with Elegance

Had a wonderful opportunity to help out with the decor for another wedding just one week before Christmas.

The bride was organized and lovely to work for.

She had a definite vision that was easy to obtain when dealing with a budget.

To start, the bride bought berry sprigs from the local dollar store back in the fall so we could be sure she would have enough berries for her centrepieces.  But because she bought them back in the fall they were slightly orange so I spray painted them red. Her colours were silver and black and white with a touch of red…GORGEOUS! 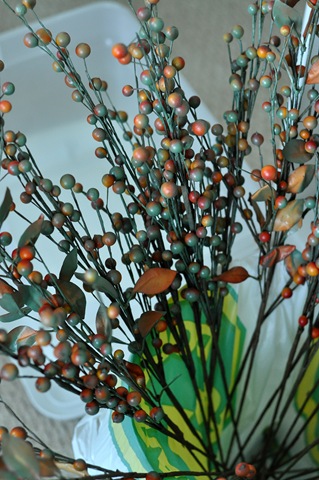 I took a couple of walks into the forest near by and picked up dogwood branches that had fallen over and sprayed them silver.  When they were fully dry I clipped the berries off the dollar store sprigs and hot glued them on the branches, to give the centrepieces a touch of colour. 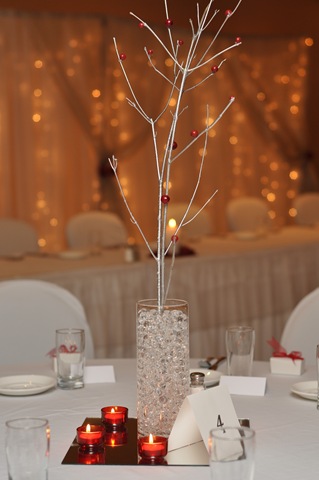 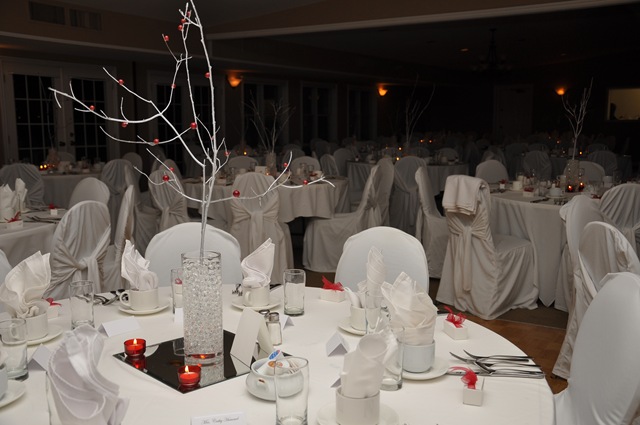 The centrepieces were dollar store vases and tea lights, sitting on mirror tiles used in a couple of other weddings so they were very economical and elegant.

The head table used vases that I have used in other weddings and brought some of the red to it with sprinkled rose petals; the brides favourite flower. 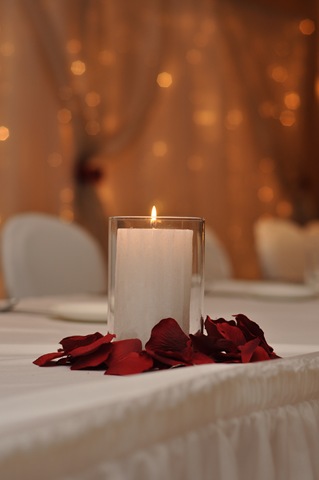 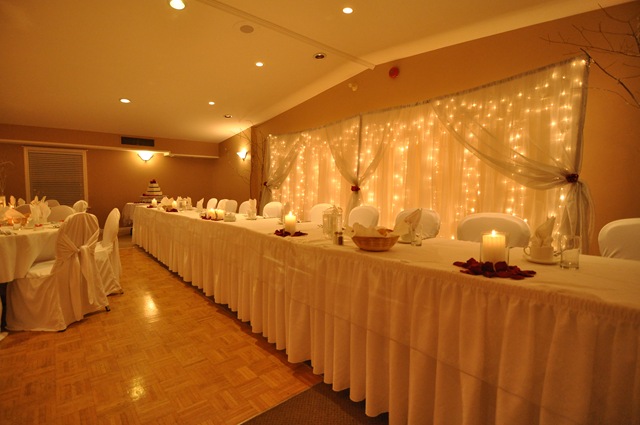 A couple of the trees from the ceremony were brought to the reception and added to the curtain backdrop the brides mother put together with the constructing help of the brother in law.  White curtains with a silver organza rapped the frame that had Christmas lights pinned on the back.  A couple of glittery roses used in the ceremony were added for again another touch of red. 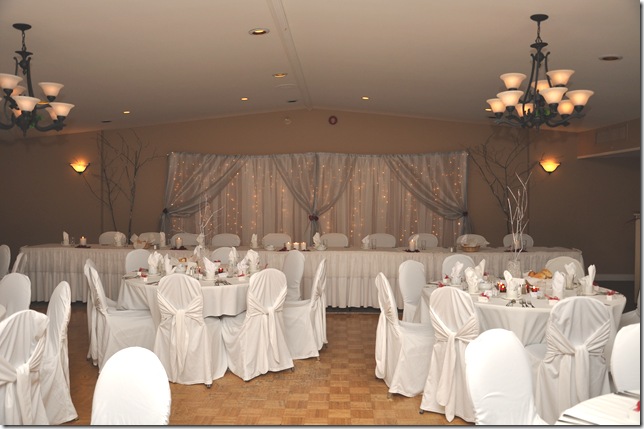 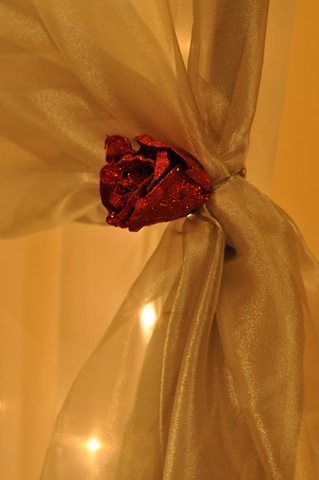 The backdrop in the ceremony was landscaping fabric-a roll of it bought by a landscaper was around $40.00 for a roll 4 feet wide by 150 feet long!  Compared to black gossamer, which is very common to use in weddings usually in white; it was an incredible price and very easy to work with!

I painted on it white clouds with a layer of white spray paint and white and glitter tempera paint mixed together with a layer of Martha Stewarts glitter overtop with a layer of fixative to hold the glitter in place.  I am not paid to endorse Martha's products by any means but I have to say this glitter is AMAZING!  Bought from Michael’s craft store with a 40% off coupon; it was a great price. 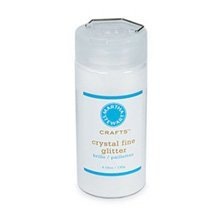 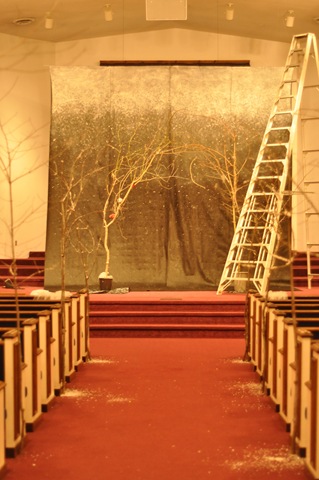 The branches that were lining the aisle were taken from the brides family home and were sprayed a fine coat of silver and had fake snow (two bags from Michael’s arts and crafts store) glued on the branches.  We painted the white glue on and held bowls under the branches to catch the glitter that did not stick to the branch.  This helped minimize the mess. 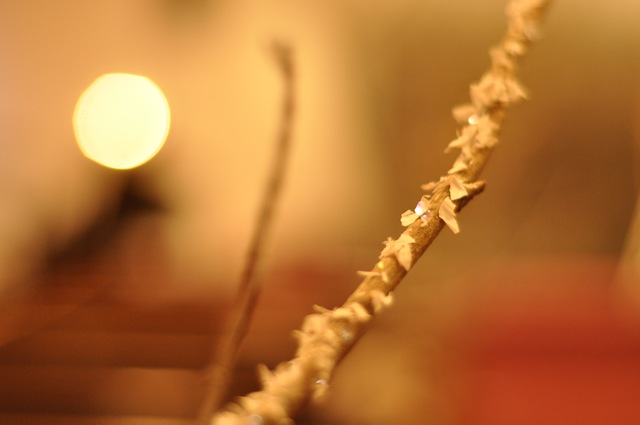 At the base of each branch we used Buffalo snow and lightly wrapped it to look like snow piled up and then used dollar store fake snow and sprinkled it along the aisle beside the runner. 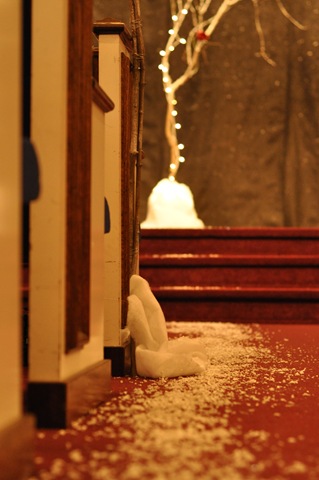 We took two trees from the brides family’s home and cemented them in buckets and pulled them together to create the arch.  Added borrowed white lights and a couple of dollar store glittery red roses to bring in the punch of colour.

Can you see the heart that formed from the two trees when they were arched together? I love it when surprises happen like that! 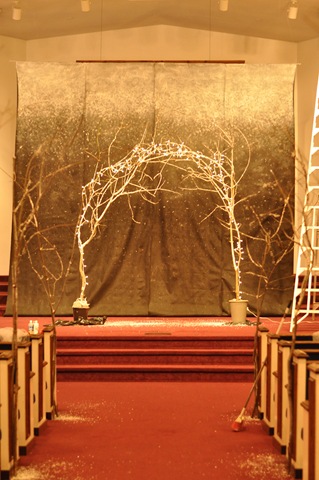 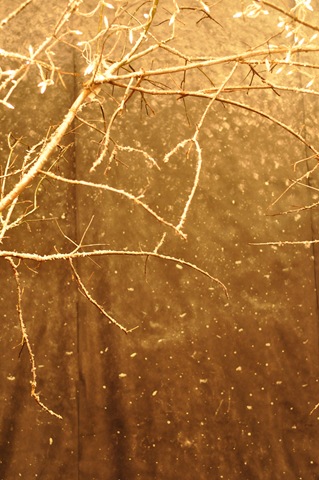 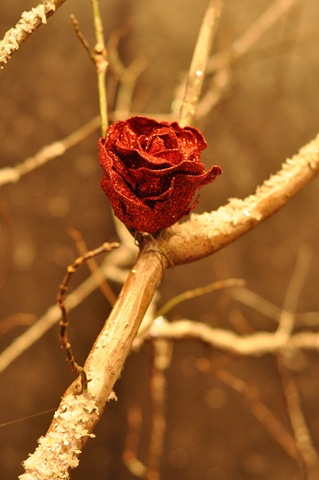 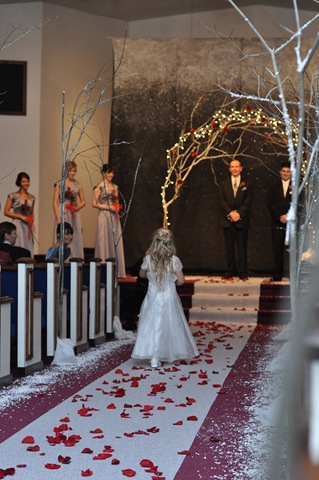 The wedding came together so beautifully.  It was a blessing to be apart of it!

Disclaimer: I was playing with my white balance through the whole set up and did not edit the photo’s-they are straight out of the camera!  My apologies for the colour inconsistencies!

Other ideas found at these links;