I found this idea in blog land at Maryann’s blog, “Domestically Speaking”.  She gave a quick tutorial on how to make this flower wreath.  Originally I was going to put some of these into the girls room when we repaint,

however they were not too keen on it.

I had all the supplies ready (since I had been saving for a couple of months toilet paper rolls),

and I  wanted something colourful for the doors in our home,

so I made one like Maryann’s for the fall season.

The first step is to gather all your rolls-paper towels, or toilet paper and cut them into pieces-mine are about one inch thick.  I think I had about twenty toilet paper rolls, 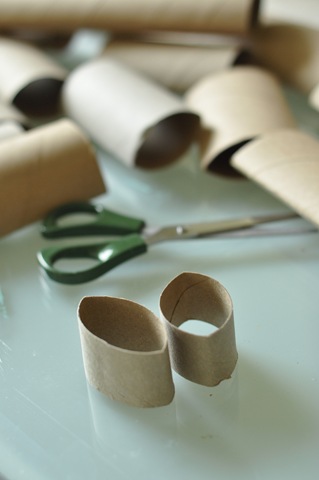 Once they were cut I arranged them in the pattern I wanted. 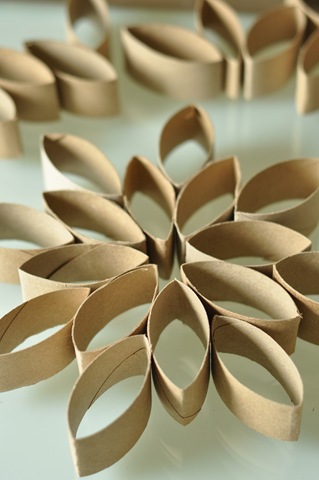 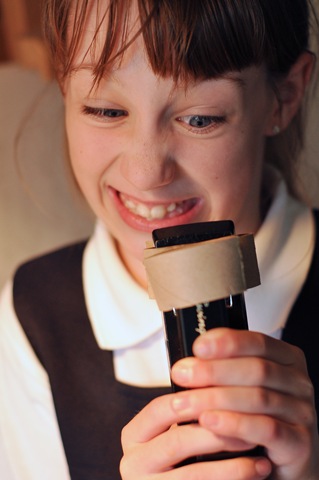 the stapler was a large office one-the kind that is heavy duty and my helpers could not get the stapler to fit nicely through the opening of the rolls so we used hot glue instead.

I love the ease of hot glue..in my early years of marriage I once used hot glue to hem my husbands pants right before church (yes, I know-very bad-but it worked for the time he needed his pants hemmed!)

So once it was all glued-which literally took 5 minutes, and a couple of last minute tweaks from helper number three..it was ready to be painted.

(this picture was thrown in because helper number three insisted he should be apart of this post!) 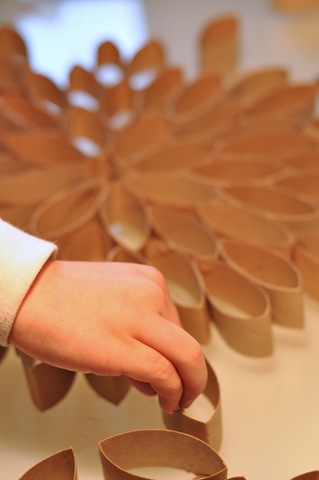 Since I wanted some “pop” of colour I used some left over spray paint from a Christmas craft.

After it was dry, I used a dollar store flower cut out and glass stones and glued them into the centre and hung with left over ribbon from Christmas also.  Ideally I would have preferred another ribbon but this is what I had, and it matched so there you go! 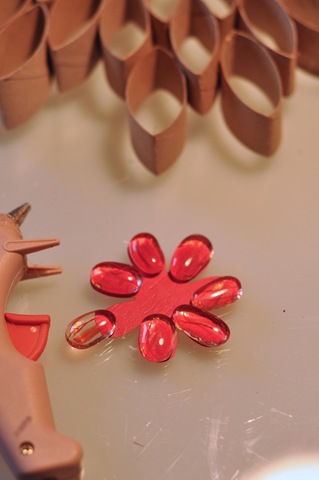 Including the cost of the paint (which has been used on many projects already), and the dollar store stuff-the wreath cost about $8.00 including tax. 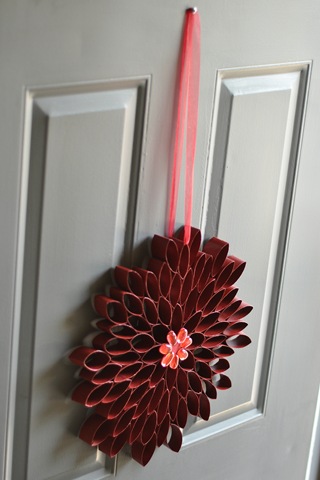 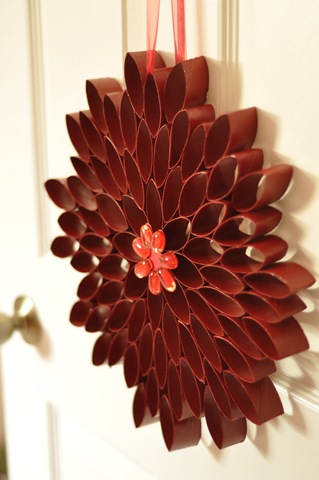 Ironically once the wreath was done the girls realized they wanted the wreath for their bedroom door which is why there are two-one for my front door and one for theirs!

Not bad for a one of kind wreath this season that took only a couple of minutes to make,

If you are looking for more frugal and quick ideas check out these sites-there are some great ideas there for this season! 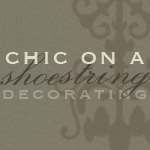 ~Kimberly said…
Very festive! Thanks for linking up with my linky party over at Cupcake Cuppy!
September 24, 2010 at 4:59 PM

malia said…
brilliant! love it... i'm your newest follower. thanks for visiting me. can't wait to see what you come up with next! malia
www.yesterdayontuesday.com
September 25, 2010 at 8:37 AM

Claire D. said…
Wow! that is so creative! love it.